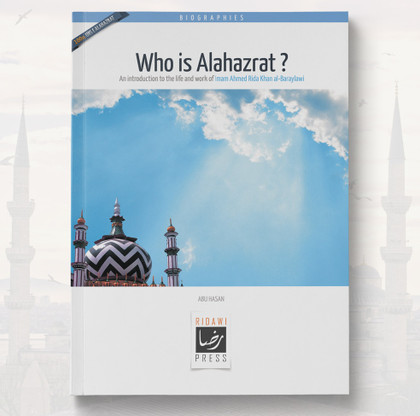 Who Is Ala Hazrat

"Praised be Allah ta’ala for the immense favour of giving us this man of knowledge, a practicing scholar, meritorious, righteous, praiseworthy, virtuous; a living example of the maxim: “How much our elders ceded for their successors [to complete]“, peerless in his time, unique in his era, Mawlana Shaykh Ahmed Rida – may Allah ta’ala vouchsafe him and keep him to crush the impuissant arguments of heretics by the force of Qur’an and Hadith.
And why not! The scholars of Makkah bear testimony [to his greatness] and if he were not so distinguished, they would not have accorded him such respect. Rather, I say, if we hail him as the Reviver of this century, it would be just and truth: Nay, it is not difficult for Allah ta’ala / To gather a world within an individual.May Allah ta’ala reward him, and give him an immense reward on behalf of this religion and its adherents; and may Allah ta’ala bestow upon him bounties and His pleasure by His Grace and Mercy.”

- Shaykh Sayyid Ismayil Khalil (Custodian of the Library of the Grand Mosque in Makkah, 1323AH)

This product hasn't received any reviews yet. Be the first to review this product!